London Quotes: 100 BEST Quotes About London to Inspire You ⋆ We Dream of Travel Blog

A trip to London might not be possible at the moment, but we can still daydream about spending a couple of days in London checking things off our London bucket list. To help with those imaginative travels and fuel your wanderlust, we’ve put together over 100 of the best London quotes.

Considering its millennia of history, it’s no surprise that there’s plenty to be said about London! “The Big Smoke” leaves a lasting impression on all those that visit, and has been featured in countless novels, poems, songs and musings over the years. Admittedly, not everyone has good things to say about London – but some of these quotes about the darker side of London, or the London weather, are the funniest!

So whether you’re looking for a little inspiration or the perfect London Instagram caption – we’ve got you covered!

You may also enjoy our other quotes blogs:

Kicking off this list of the best London quotes are some of the most famous. And the very first one, by wise old Paddington Bear, still remains my favourite of all the quotes about London!

YOU MAY ALSO ENJOY: London’s Most Famous Streets

Having travelled to many different cities around the world, I can happily confirm that there really isn’t another place like London. The energy in the city is like no other; a vibrant blend of modernity and history, with a generous sprinkling of culture.

Life’s too short to be serious all the time! Here are some of the best funny London quotes and puns to accompany your London Instagram photos.

After checking out all the best Instagram spots in London, you’ll need the perfect Instagram caption to go with it! These short but sweet London quotes make for great captions to complement those Insta-worthy moments.

London is infamous for its grey, dreary weather. And its a reputation that is mostly fair – we do get a lot of rain in London. However, when the sun is shining in London it is truly one of the most magnificent of places. Even on a rainy day, there is still beauty to be seen with red phone boxes and buses adding a splash of colour against cement skies and neutral coloured buildings.

From its beautifully ornate historic buildings to modern architectural marvels, London is a sight to behold. The contrast of new versus old and the juxtaposition of these elements is one of the things that makes London so enthralling. These London city quotes help capture the marvel of this wondrous place.

YOU MAY ALSO ENJOY: The ULTIMATE London Bucket List

Quotes About London and Londoners

One of my favourite things about London is how multicultural and diverse the city is. As you walk through the city, you’re likely to hear countless different languages spoken, or even written on street signs or in shop windows. And with this you can find all the benefits of these various communities, from incredible food options to different cultural events taking place.

These quotes encapsulate the unique identities and traits of London and Londoners!

EXPLORE LONDON LIKE A LOCAL: Non-Touristy Things To Do In London

Looking for a bit of London inspiration? Hopefully these inspirational London quotes will do the trick and help you realise why you need to book that trip to England’s capital city!

London has provided the backdrop for many different books over the years and as such, some of the best London quotes can be found in books!

Songs and Poems About London

London is a cultural hub, home to some of the best music venues and artists, as well as being at the epicentre of many a poem.

Quotes About the River Thames

The River Thames is perhaps synonymous with London. However, what few realise is that it is also England’s longest river, spanning 215 miles from its source in the Cotswolds to the coast. It is a diverse ecosystem, home to a myriad of fish and other aquatic species.

It is an iconic part of the capital, cutting through the sprawling city and helping to shape it. It has been intrinsically entwined with the development of the capital city, flowing through the heart of it. These London quotes reflect the River Thames’ important part in shaping the landscape of London.

Quotes about London’s less glamorous side!

While I think London is one of the most beautiful cities in the world… plenty of others would disagree. Like Marmite, London seems to be one of those places you either love or hate!

Although I’m biased, I absolutely adore London and hope that these London quotes may have inspired you to visit the Big Smoke or provided the perfect accompaniment to your London Instagram shot!

Do you have a favourite London quote on this list? Or are there any we’ve missed?! As always, leave us a comment and let us know what you think.

Before you go, you may also like some of these posts about London:

Enjoyed these London quotes?! Pin them! 🙂

Because sharing is caring!

If you find value in our guides & would like to thank the artists, please click the logo below to show your support. 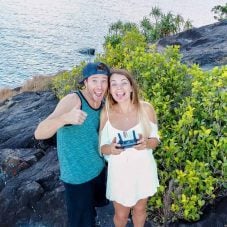 We Dream of Travel 2021 Calendar 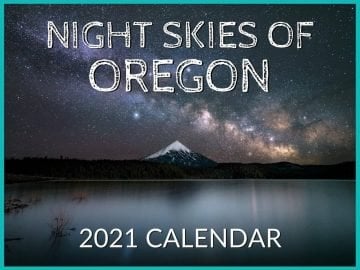