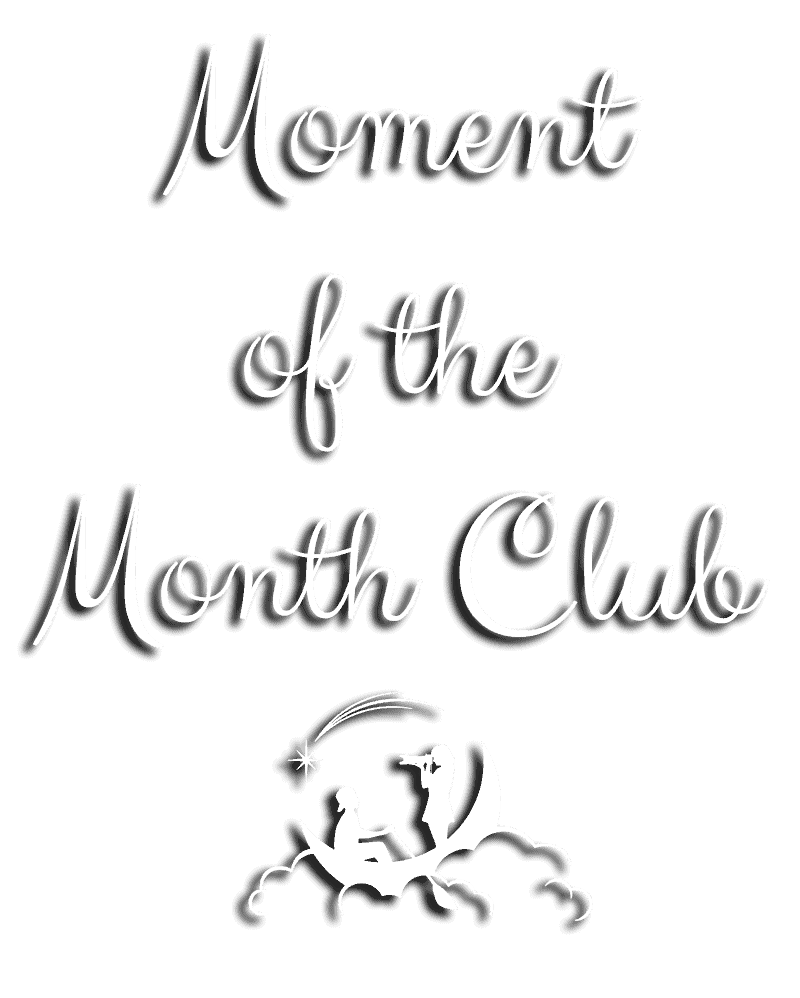 This is an example of the Moment of the Month.
Scroll down to enjoy stories, download wallpapers, browse print galleries, and more.

When you have finished, you can choose to
SUBSCRIBE or FIND OUT MORE
about the Moment of the Month. 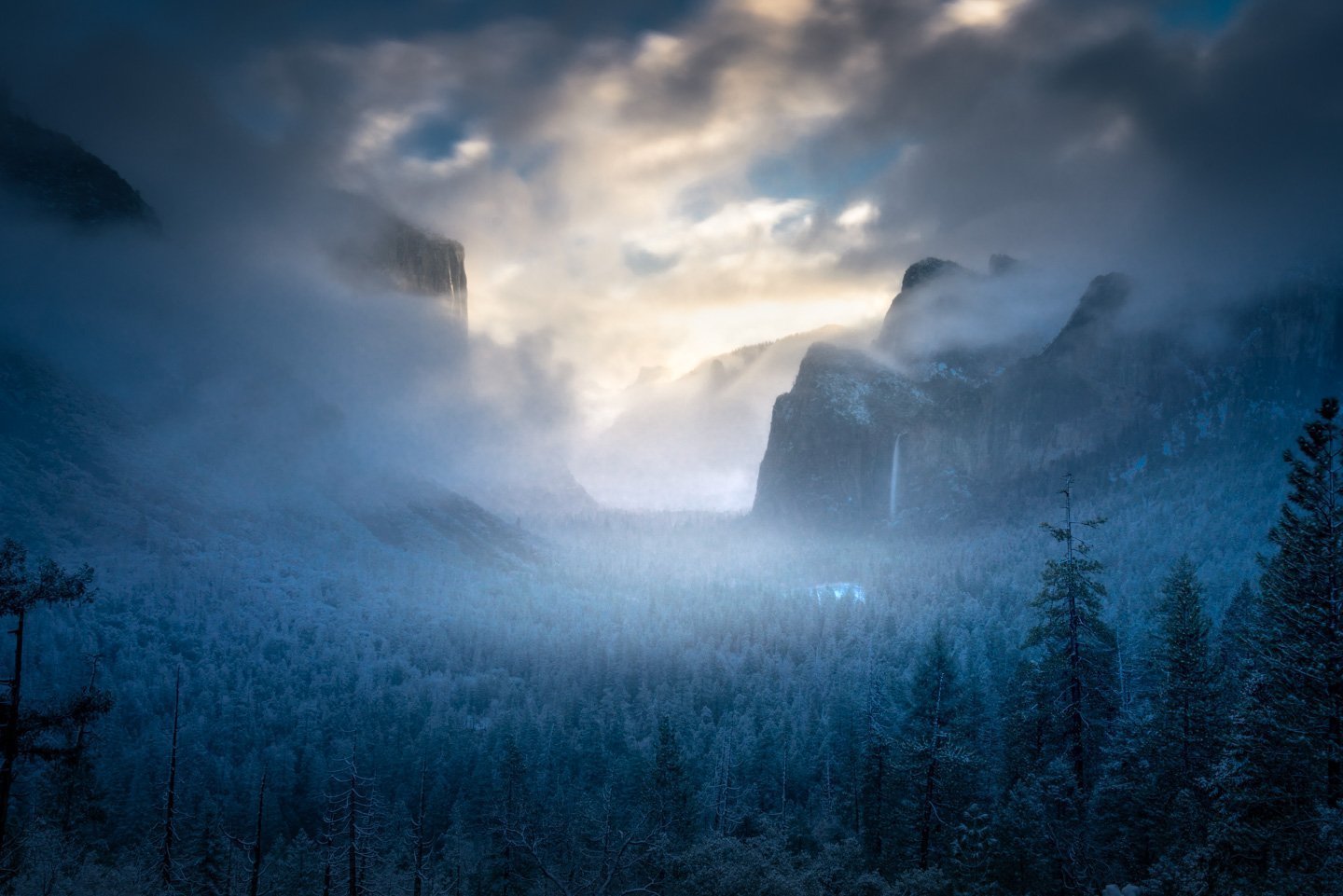 In the month of February, Yosemite National Park requires reservations just to enter the park.  Those reservations sold out within 3 minutes of being posted… Fortunately, I was prepared.

Pounding the refresh key at 8am sharp, I was able to snag one of only 1500 reservations for my target date.  The reservation allowed me to enter Yosemite National Park on February 16 and was valid for 7 days beyond that.

This date was carefully chosen as it corresponded with the peak window to witness the natural event known as Firefall.

Two weeks later, I was packed and ready to begin my week exploring America’s favorite National park.  Part of that preparation was monitoring conditions, and there was one day that I had circled on my calendar.  One day where the weather forecast, if it held true, promised to be special.

It is now Friday night and there is hardly a cloud in the sky.  The air is chilled, cold perhaps by California standards, but certainly lacking the icicle teeth I was expecting.

I check my phone’s weather app again… nothing has changed.  It still insists that a mild snowstorm is coming in around midnight, with the clouds breaking up just after sunrise.

At the moment, it is 9pm and my camera is on a tripod capturing a star-filled sky over the Yosemite Valley bathing in moonlight.  Not a cloud in the sky.

Three hours later, the memory card is nearly full.  It guards a collection of lunar-lightscape photographs that are just begging to be adored.

The only sound in the entire park is the whirring of my hard drives as they work to preserve a night of precious memories.

I crawl into the back of my camper, cozy into the fuzzy embrace of sherpa blankets, and set an alarm for 5am.

I hardly sleep as the temperature drops.

While my body is warm under a bundle of blankets, each breath invites bitter cold air into my lungs.  In the still of the night, I can faintly hear the whispering thuds of snow falling.

Despite exhaustion, I cannot help but smile.

I bury my head under the blankets to get whatever rest is possible.  Tomorrow is going to be another long day.

My alarm has not even sounded when I begin to hear car doors and activity outside.  Photographers are already waking up and hitting the road to set up tripods.  They do this to ensure they have a spot at sunrise, as Tunnel View fills up quickly.  I knew this was a popular location for sunrise, but had no idea just how early people began filing in.

Then again, it was Saturday and peak Firefall season.

I throw on my snow jacket and boots, opening the door to reveal a snow-kissed winter wonderland!  White flakes are falling with fury against the dark night skies.

A short drive later and I arrive at Tunnel View.

Tripod and flashlight in hand, I march out to the vista and discover at least 15 tripods already positioned.  I set mine up and go straight back to the camper to make a cup of coffee and keep warm until sunrise.

True passion is a lot like true love.  You think you know what it looks like and feels like, and you’re pretty sure you’ve discovered it many times in youth.  I thought I was passionate about sports, about computer science, about poker… and while I did love those things and found great joy in them, they were not my true passions.  I know that now, because nothing has ever moved my soul the way photography does.  Nothing has given me those “Christmas morning” jitters, while also leaving me feeling complete in that moment.  I loved all of those other things, but they were not my true passion.

I laid in the back of the camper sipping coffee and watching the world wake up, counting down the seconds til showtime.   Butterflies fluttered in my stomach in anticipation…

I return to my tripod, which is now surrounded by other photographers, and get my first look at the morning scene.

A fresh layer of snow has dusted the Yosemite Valley as the sun slowly begins its ascent.  Storm clouds hover heavy above.  Atmospheric fog layers drift in and out, adding depth and mood while breathing life into the scene.  The camera is firing.

The maestro motions gently for the orchestra to begin.

Slowly, the storm clouds begin to loosen their grip on the valley.

Moment by moment, one of Yosemite’s storied characters enter the scene.

A wall of mist disperses, revealing the maiden Bridalveil Fall.  She is dressed  in silver clouds.

Emboldened by the orchestra, El Capitan asserts his dominance.  He is now standing tall, posing proudly following his victory over the vanquished fog.

Half Dome enters quietly in the distance, offering little more than a sly wink.

The valley is coming to life.

The brass enters — the symphony reaches a fever pitch.

As the clouds continue to break, our hero awakens.  Stretching his legs, faint light grazes the scenery.

The music fades… the tension builds.

The clouds ignite as a flood of golden light spills onto the scene!

The moody morning symphony reaches crescendo as the valley erupts!

Sun beams dance about, spotlighting the granite cliffs and waterfalls and snowy peaks of Yosemite.  Warm tones set the fresh white snow aglow.  The camera shutter snaps with each heartbeat.

These are the moments we live for.

Those of you who choose the “ART LOVERS” monthly membership will receive a discount code for 10% off prints of any of these photos.

Learn more about prints and find a link to the Yosemite Gallery in the Order Prints section below.

When you are ready to subscribe, be sure to sign up for the “ART LOVER” membership.  Just $1 more gets you 10% off all Moment of the Month prints!

All photos can be ordered as prints.  You will have the choice of printing on traditional photo paper, or our preferred medium… METAL.

Metal prints produce more vibrant colors, deeper contrast, and a three-dimensional aesthetic that accentuates the stylistic ethos of our photography.

If you are subscribed as an ART LOVER, you will receive your monthly 10% off promo code via email.  Simply enter the promo code at checkout!

All members can browse the featured photos by clicking below:
MOMENT OF THE MONTH GALLERY – Feb 2021

If you’d like to continue your journey through Yosemite National Park and Northern California, queue up the following posts:

Download Wallpapers
This month’s Photo of the Month was “Moody Morning Symphony”. If you would like to make this image your desktop or mobile wallpaper, you can do so by downloading the images using the links below:

March will be a quiet month as far as travel goes.  Sophie remains stuck in the UK with strict lockdown measures still in place, while I continue to prepare for the Michelob ULTRA adventure.

Our big announcement for February is actually the launch of this very Moment of the Month project!

Moment of the Month FAQs

If you have any questions about the Moment of the Month club, you can find frequently asked questions and more information here.

If you have a question that is not covered, just send us an email or message on social media!

WE TRULY HOPE YOU’VE ENJOYED YOUR MOODY VISIT TO YOSEMITE!

Where to Next?
My bags are packed and my flight is booked to begin exploring our National Parks in my new role as the first-ever Michelob ULTRA Pure Gold Chief Exploration Officer.  The journey begins in Texas and New Mexico.